Since text (prompts) that are capable of generating good images are very valuable, the issue of how to protect them legally is also obviously an issue.

First, there are cases where the text (prompt) itself is protected as copyrighted work.

Although a copyrighted work is “a creatively produced expression of thoughts or sentiments that falls within the literary, academic, artistic, or musical domain” (Article 2, Paragraph 1, Item (i) of the CopyrightAct), typically, a text (prompt) is “a sentence of a certain length that can be read and understood by humans”.

In this case, I do not see any particular problems with a text (prompt) being a copyrighted work.

What is difficult is when a text (prompt) cannot be said to be a sentence, but rather is a series of numerous words.

This is an issue that has never been discussed as far as I know, but I, myself, have not yet reached a conclusion. First, however, I believe that a text (prompt) that contains a series of totally unrelated words cannot be said to have any “creatively produced expression of thoughts or sentiments”, and therefore does not constitute a copyrighted work.

On the other hand, to generate an object with a specific texture or style seems to require a very unique trick for text (prompt) generation.

I think that a text (prompt) of a certain length, created using such “trick”, may be considered to have“creatively produced expression of thoughts or sentiments”, even if it is not in the form of a sentence.

(ii) However, even if the text (prompt) does constitute a copyrighted work, will it have any real meaning?

Nevertheless, even if the text (prompt) does constitute a copyrighted work, I think that its meaning will be quite limited.

This derives from the relationship between “a certain text (prompt)” and “an image generated from that text (prompt).”

In other words, when there is a creator for a certain specific text(prompt)(assuming that it is a copyrighted work), the creator of that[specific] text (prompt) has the rights of the original author (Copyright Act, Article 28) of that text (prompt) in all images automatically generated from that text (prompt), and over which the creator would have all control over all those images. 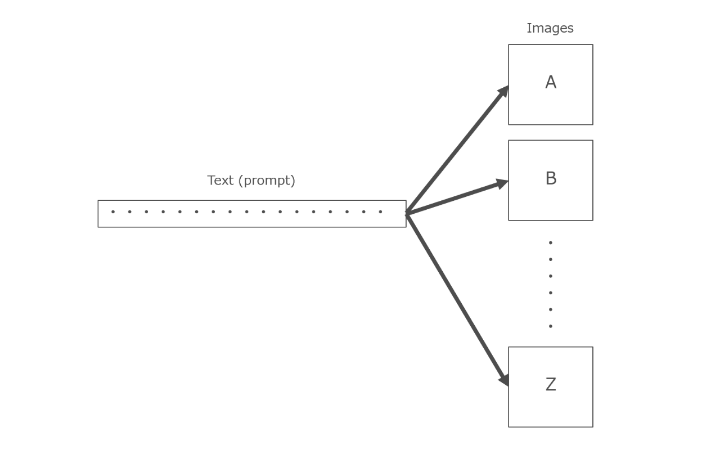 However, I don’t think that this is actually the case.

In other words, although “derivative work” is defined as “a work that aperson creates by translating, composing a musical arrangement of, reformulating, dramatizing, making a cinematographic adaptation of, or otherwise adapting a pre-existing work” (Copyright Act, Article 2, Paragraph 1, Item (xi)), judicial precedent, loosely speaking, states that a [copyrighted work] falls under the category of derivative work where the “essential characteristics of expression of the original copyrighted work can be directly sensed”.

So, I do not think that a person who generated an image using a text(prompt) created by another person without permission would actually confess to having done so. Since it would (probably) be technically difficult to reverse engineer an image to find out what kind of text(prompts) were used to generate such image, I think that it would be almost meaningless even if “copying the text (prompt) and uploading it on to theweb” could be prohibited.

(iii) So, what should be done?

Thus, even if a text (prompt) falls under copyrighted work but [such copyright] is almost meaningless, the only way to protect the good text(prompt) legally is as a “trade secret” under the Unfair Competition Protection Act.

More specifically, if a good text (prompt) is found, it should be kept “secret” and managed as a confidential item. The sale or provision of the text (prompt) to a third party should only take place after a non-disclosure agreement has been entered into.

On the other hand, for example, when the text (prompt) is put up for sale in the open mark where anyone can see it, the text (prompt) would lose its non-public nature and would no longer be able to be protected as a “trade secret”.